As the development of technology, our life highly influenced by the used by technology use such as the Virtual Reality, Geographical map on a cell phone device, and a portable computer. Those types of equipment are constantly exploring by science and computer programmers which the outcome of that effectively improves our human life. The object of my 3D printing – Toilet Paper Holder considers the rebuild and improving the quality of life. Honestly, most of the invention is trying to bring convenience to our life. For instance, cell phone cases are invented due to the fact that it can protect the cell phone for the long term, and the cell phone did not come out before the touch screen smartphone. Of course, not only a conventional concept but also the aesthetics is being considered as part of the major element. Since the market demand is different and people would like a better look at their products. Thus, my 3D object – Toilet Paper Holder could be one of the interesting items for people in daily life who are willing to make great protection for the roll paper.

According to the article of The Construction of Change by Roy Ascott, he states about how these artists create countlessly unique works, “They are both empirical and analytical and involve forays into unfamiliar conceptual territories” (Ascott 129). That meant all the new creative artwork and productions can result in the prospective market. For example, Ermal Cleon Fraze invented the beverage can with the pull tab. The idea behind that is Ermal forgot to bring the bottle beer opener when he wanted to drink beer. At this point, the past experience provides Ermal a great experience to solve with drinking cans issue and the humanizing design choices on product help him to develop his opening mechanism idea on can since the 1980s. In addition, 3D printing had provided more opportunities for us to access our own design. Even though the 3D object is not perfect in both mechanism and stability, such as material property, it's expanding the “weird” thinking in our mind. Roy Ascott had talked about how the artist associated with the scientific method create their art piece, “ In the process, and reflecting upon their previously contrived limitations of behavior, they become aware of the flexibility of their responses, their resourcefulness and ingenuity in the face of difficulties” (Ascott 132). He indicated that the significance of creative viability for students. As the use and pattern changes in society, many impossible objects are tested and exanimated by most people.

No double the Toilet Paper Holder is a tiny invention, and it sometimes may not truly function in the society. The process of that idea is important for us to set high expectations for ourselves. Then, when we put more effort into creating a new set of projects and ideas, it actually comes true to what we look forward to seeing. “Consequently the artist would do well to examine with some precision the nature of the special activity which gives rise to his own art” (Ascott 129). Along with the improvement of 3D printing, there is a practical invention when people try to get the part that they want. And that could can the structure of society. People do not need to walk outside to buy a small component, but instead of printing the losing part that they want. Thus, with the scientific manufacture, a 3D printing service would be suitable for us to discover more aesthetics in produce. 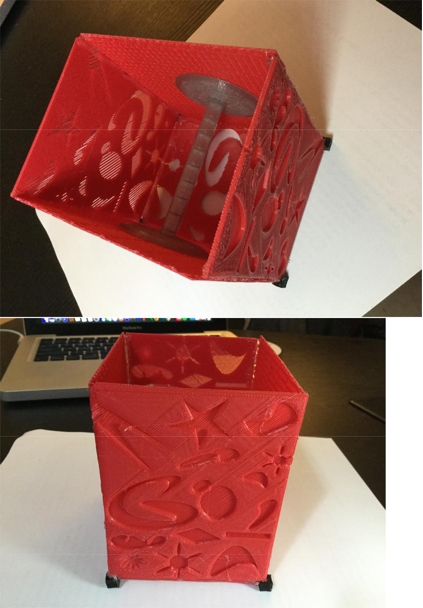 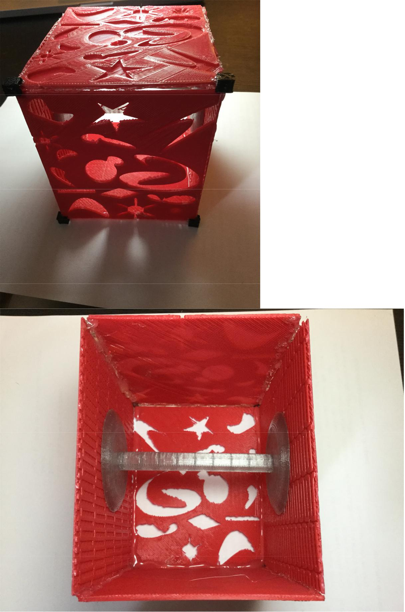